Posted by Sophie Dixon on Nov 12, 2016 in Filmmaking, Posts, Residency | No Comments

I’ve just completed this short film for Colin Riley, a London based composer. Colin’s new work ‘Songs of Coiled Light’ makes use of multi-sensory elements to provide a different kind of listening experience based on his research into hearing impairment. Featuring bass clarinetist Gareth Davis and live electronics designer Carl Faia it was filmed during a residency and several live performances taking place as part of the SoundFestival in Aberdeen.

Archive as a place to play

Posted by Sophie Dixon on May 7, 2016 in Exhibition, Posts, Updates | No Comments

I’ll be exhibiting Untitled 2016 at the Eye,  Amsterdam alongside my colleagues from the AHK Master’s programme. This desktop video is the outcome of working with filmmaker Jyoti Mistry in response to the Eye institute film archive.

Since starting my Master’s at the Netherlands Film Academy (AHK) I have been directing my energy toward a body of research documented on a separate site.

The blog is currently private but I’d like to open it to people who have similar research interests and may be interested in sharing ideas and collaborating. Over the next few months I’ll be posting more information on this site however in the meantime please email me if you would like to find out more.

Posted by Sophie Dixon on Nov 29, 2015 in Posts, Professional Development | No Comments 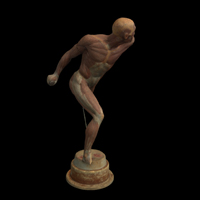 As a follow up from a recent documentary workshop with Alexander Porter at Dutch VR Days, I’ve been working with Agisoft Photoscan to create some 3D models using photogrammetry. Below are a few examples, including items kindly lent by Nelis Antiques, Amsterdam displayed in the Universal Viewer.

Posted by Sophie Dixon on Oct 30, 2015 in Performance, Posts | No Comments

The video explores Coventry through themes of celebration, tradition, war, devastation, industry and regeneration and was compiled from archive footage from 1918 to the present day.

I’m excited to be one of eleven students on The Master’s Degree Programme in Film at the Netherlands Film Academy.

Based in the UK and Finland their practices examine the broadly used notion of ‘Place’. Working across a variety of media the artists open a dialogue which traverses the fragile boundaries between reality and perception, challenging the very concept of stability between ourselves and the landscape around us.

The Private View will include live events. For more information please go to the website at www.dis-place.com

Here’s a follow up on the screening and exhibition held at the Turner Contemporary and Crate Project Space, Margate last weekend.

Inspired by a recent residency in the former mining town of Lens, Northern France, this exhibition explores memories of the coal mining industry and the physical traces left upon the landscape.  Working across video, writing and sound, Sophie Dixon draws connections between seemingly disparate fragments of experience to examine the unifying power of memory. Resonating with the story of the Kent coalfield, this two day exhibition takes place between the Turner Contemporary and Crate Project Space in Margate.

‘La Mort de L’Arbre  (running time 15 minutes) will be screened over the weekend at the Turner Contemporary accompanied by ‘Time Pressure Decay’, an exhibition of photography, text and research on display at the Crate Project Space.

‘Any point of a rhizome can be connected to anything other, and must be. This is very different from the tree or root, which plots a point, fixes an order.’

The coal mining industry dominated the Nord-Pas-de-Calais region in northern France until the late 1980’s. The abrupt closure of the industry brought irrevocable change to entire communities, forcing them into a political and social struggle still evident today.

In 2012 the Louvre-Lens, a multi-million euro annex of the Louvre, Paris, was built in the former mining town of Lens. Like the Turner Contemporary, the Louvre-Lens was viewed as a catalyst to help regenerate the region through the arts.  In the first quarter of 2015 Sophie Dixon undertook an artist residency in the town under the cross-Channel ADRT scheme, one of a series of art-based initiatives associated with the Louvre-Lens.

With its starting point in the st­­riking landscape of Lens, La Mort de L’Arbre connects the coal fields of Northern France and Kent, assembling seemingly disparate fragments of experience to explore the unified significance of what it means to remember.

Over the past few weeks I have been continuing to film the village of Srbska and its former residents who were exiled in 1946. This research formed the basis of my work to date, including my split screen film Wunschendorf.